While it's possible to render images directly in the Filmmaker, it is not recommended for final renders or animations. You can use the external render tool instead, which has the following advantages:

To use the external rendering tool, follow these instructions: 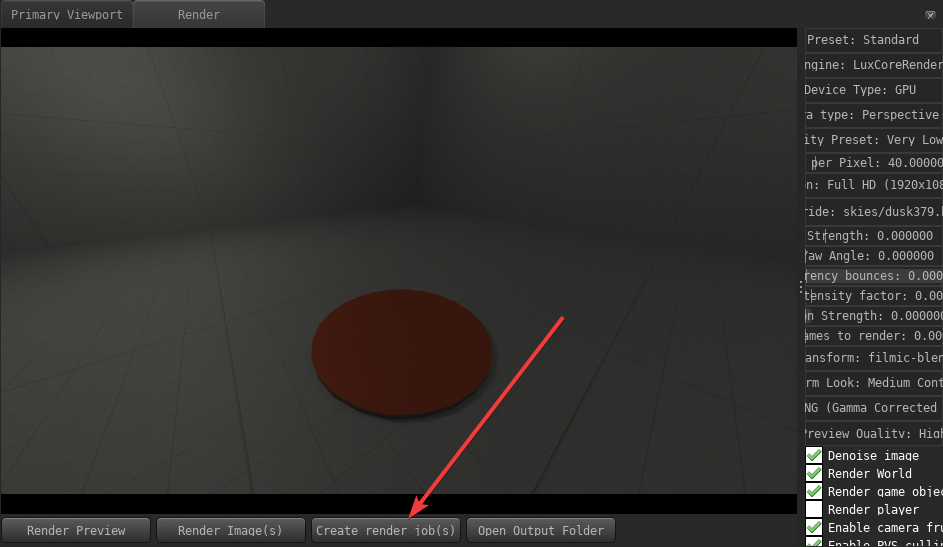 Once the render jobs have been generated, an explorer window should open with a bunch of ".prt"-files, a "cache" directory (which contain all of the information needed to render your images), as well as a "render.bat". To start the render, simply double-click the .bat-file, which should open a black console window. Pragma is no longer required at this point and can be closed.

The images will be rendered one after another and placed in the same directory as the ".prt"-files. Once all images have been rendered you can remove all of the .prt-files, as well as the "cache" directory, as they are no longer required.